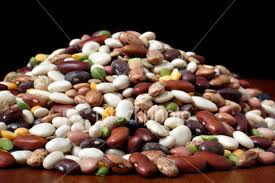 With Passover approaching I thought I would re-post this 12/31/13 item about Quinoa on Passover or how the OU overrode Belsky but tried to obscure his declining status within the OU.

Torah may be timeless, but the Orthodox Union’s (OU) kosher politics are not. The OU reversed gears and is back to saying quinoa is acceptable for Passover, even for those who observe the Ashkenazi custom of not eating kitniyot (a broad category of beans, rice and corn). This is great news for Ashkenazi orthodox Jews who love this high protein seed, especially for vegans who have no other protein-dense options on Passover.

Rabbi Menachem Genack presides over OU Kosher as its CEO. Beneath him, are two people with the title of Senior Posek (Jewish law authority): Rabbi Yisroel (Israel) Belsky and Rabbi Hershel Schachter.  When the two disagree, the final decision is made by Menachem Genack. They did disagree about quinoa. According to a March, 2013 article in VosIzNeias, Rabbi Elefant of the OU said:

R’ Schachter says that there is no reason to expand the minhag (custom) of kitniyos beyond what was included in the original minhag… But R’ Belsky disagrees, saying that our minhag of kitniyos includes anything that can be easily prepared into breads, crackers and porridges and are similar to grains that are mamash chometz [actually leavened grains like bread].  Quinoa can be turned into these products and, therefore, just like corn, soy and legumes, should not be used on Pesach, according to R’ Belsky.

A year ago, OU certified caterers were not allowed to use quinoa, even if it came from an approved sister certifying agency like Star-K. Suddenly, this year, things changed, and the OU proudly announced:

Due to conflicting reports regarding growing conditions and final usage of this new world, gluten-free pseudo-cereal plant, OU Kosher was hesitant to conclusively declare it Kosher for Passover and non-kitniyot…

Following extensive research and on-site investigation of cross-contamination issues by OU Kosher personnel at all quinoa growing areas including: Puno, Cuzco, Arequipa, Ayacucho, Junin and Chiclayo in Peru; and Alto la Paz and Chayapata in Bolivia; as well as the collection, washing and milling stations of quinoa, OU Kosher is pleased to announce that, for the first time, it is recommending quinoa for Passover, when processed with special OU Passover supervision and bearing the OU-P symbol.

Gone is any reference to Rabbi Belsky’s opinion that quinoa is forbidden on Passover even if all of the above conditions are met. The OU posted it recently but stuck it on a page labeled Passover 2013 but in fact (as noted above), as of Passover 2013, they were not approving quinoa under any conditions.

In a nutshell, they have decided to reverse gears and overrule Belsky. Ordinarily they favor Belsky when he disagrees with Rabbi Schachter because Belsky has cred in the ultra-orthodox community while R. Schachter, a great rabbinical scholar, is burdened by his association with YU with its support of university education and Zionism. The OU has consciously sought to enlarge it’s acceptability in the ultra orthodox world by using Belsky as its beard.

So why are they now reversing gears? This is especially puzzling because less than a year ago in March 2013, in the OU publication, Jewish Action, OU Kosher Rabbis Yaakov Luban (Executive Rabbinic Coordinator) and Eli Gersten (Recorder of OU Pesak and Policy) declared, “Since OU posekim are divided on this issue, the OU does not recommend using quinoa on Pesach.”

It is hard to be sure of their motives since they have not been transparent in their statements. I suspect it reflects Belsky’s diminished status because of his role in protecting the Kolko molesters, intimidating witnesses against an abuser, and the potential for his being exposed for his connection to the torture and kidnapping of recalcitrant husbands in divorce cases.

Of course this could just be an expedient to satisfy their caterers and customers. Alternatively, perhaps they realized that even the haredi world is not impressed by the arguments for banning Quinoa or is losing its respect for Belsky.

In any event, I am willing to bet, that Belsky will stick to his psak and will suffer some loss of status in the Haredi world because the OU overruled him. The one thing that is certain, is the word will circulate that as far as the OU is concerned, Belsky’s OU quinoa psak ain’t worth a hill of beans.

UPDATE 4/24/14: See the Quinoa-Kitniyos Conundrum by Rabbi Yehuda Spitz on the Ohr Somayach website for an excellent summary of the halachic debate. See footnotes 21-24 regarding the OU’s position.