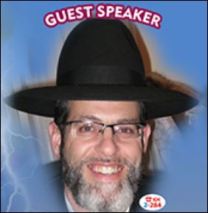 On Friday I posted a 7/10/14 Chicago Beit Din ruling about an investigation into sexual misconduct by Elimelech Meisels which advised against sending girls to Meisels’ four Israeli post-high-school seminaries. Last night (7/13/14) an Israeli Beit Din issued a ruling reporting “the removal of the party responsible” [i.e., Elimelech Meisels] and a legally binding agreement empowering the Israeli Beit Din to make, supervise, and control changes in the ownership and management of the seminaries. Based on these interim measures, the Israeli Beit Din advises parents and principals of US and Canadian girls’ high schools to feel comfortable sending students to these seminaries.

Below is an image of the Israeli ruling and my rough translation.

A few observations are in order about this Israeli Beit Din ruling:

1. I am aware of the reputations of Rabbis Shafran and Malinowitz as men of great intelligence .

2. This ruling was a rush job in response to the pressures created by the Chicago ruling. I know they had been in session for a while trying to reach some agreement with Meisels to remove himself. Rabbi Malinowitz, one of its members was in the US sitting shiva for his brother, Rav Zalman Malinowitz when this ruling was issued and they must have secured his signature by fax. Yet under this pressure they got some interim agreement with Meisels and produced a ruling.

3. This ruling neither confirms nor dismisses the allegations of sexual abuse by Meisels. It merely bypasses them by saying he is no longer part of the seminary. In fact they even avoid using his name. But since they reference the Chicago ruling they are clearly referring to him when they speak of “the removal of the party responsible.”

4. They go to great lengths to praise the other staff of the seminaries and quality of the education and its graduates. However, they completely bypass the question of how and why others in these institutions may have overlooked his misconduct over the years. Several of the students of these seminaries have privately informed me that that they raised Meisels’ misconduct and were advised he was too powerful to fight. It is not clear how the seminary can become a safe place for students without addressing those who, covered up for, and enabled Meisels’ misconduct.

5. Meisels did not merely operate these seminaries. His family owns them. Nothing in the ruling suggests his family has sold these seminaries. It is hard to keep someone away when he has financial control. The Beit Din uses vague langaguage to assert that procedures and controls arrangements exist or will exist to deal with these issues. It is possible that they will make that happen but it could not be accomplished that quickly. Moreover, the seminaries’ sale value would have plummeted if it lost students.

6. Because of the haste of the decision, this Beit Din is stating they will address other issues of control in the future and they are empowered to enforce this through agreements signed by the owners, the Meisels family. Thus it is possible that they will force true divestiture or effective control by a third party.

7. They take a swipe at parties who are anonymous or use pseudonyms and have alternative agendas. This is not an attack on the Chicago rabbis who clearly used their own names. It is probably an attack on yours truly, other bloggers, and perhaps those commenting on blogs. I am sure they resent the way this issue snowballed out of control and they were forced to act precipitously. I can live with this criticism if the combined actions of the Chicago rabbis and Frum Follies forced Meisels to finally come to agreement and the seminaries are cleaned up. In fact those rabbis should probably thank us for giving them the bargaining muscle to finally get results. It is also possible they are attacking the young women who made the allegations against Meisels to the Chicago rabbis.

8. Sadly, there is no commitment to ensure an investigation of the abuse claims against Meisels. He will probably be allowed to move onto other rabbinical roles where he will again abuse.

FINAL SCORE: This is a partial victory for those concerned about Meisels’ misconduct, for the Chicago Special Beis Din, and for the bloggers. In combination, their actions forced Meisels to withdraw and empowered the Israeli Beit Din. However, the devil is in the details. It will be a hollow victory if Meisels retains controls and eventually worms his way back in. Moreover, the Israeli Beit Din may be overly concerned about the continuing viability  of those seminaries and unwilling to act forcefully if Meisels does not follow through on his commitments. After all, they could have forced the issue sooner by doing what the Chicago rabbis did, threatening to destroy the seminaries by cutting off the supply of paying students. On the other hand, they may now be full of resolve, and the gentle language may merely have been a face-saver for Meisels’ family to smooth other concessions. Sadly, in the end, it does not seem likely that the Israeli Beit Din will ever decisively rule on the trustworthiness of Elimelech Meisels in working with young women.

FINAL TAKEAWAY: Institutions resist change and are usually too interested in their self preservation and perpetuation. Sometimes the only way to get necessary changes is by threatening destruction of those institutions unless they deal with their problems. Paradoxically, sometimes caring too much about preserving institutions condemns them to self-destruction by allowing evil to fester.

Announcement to the Public

We were asked by the Rosh (head of ) Yeshiva of Ner Israel of Baltimore and a member of the Moetzes Gedolei Hatorah of America [The Council of Torah Sages of Agudath Israel of America], the Gaon (sage) Rabbi Aaron Feldman Shlita, and also by Rabbi Zev Cohen from a beit din in Chicago and Rabbi [Shlomo or Ronald] Gottesman [esq.] [Torah Umesorah], to conduct beit din sessions for clarification of the complaint that came to them in reference to the seminaries Pninim, Binas Bais Yaakov, Chedvas Bais Yaakov and Keser Chaya to rule and to decide on the monetary claims pertinent to this case, and to change and to correct what ever needs correction in the seminaries within this framework. The administration of the seminaries agreed to comply with all we say and also empowered us halachicly and legally to rule on the implementation of all the arrangements and changes that are necessary.

Also, before the clarification of the claims and the arguments themselves, we saw a need to promulgate a number of interim decisions for the purpose of establishing the administration of the seminaries in the best possible way from a spiritual perspective.

A.    We are talking about well known and popular seminaries that educate for fame and glory (lishem ulitiferet) a large population of young women graduates of Bais Yaakov high schools in the US and Canada; the staff of the seminaries does its work reliably and in the course of the years sent forth from their trusting and loyal hands whole legions of trainees who established households which are kosher and true to G-d and Torah.

B. The problem that was of late revealed through the claims to the beit din in Chicago from a part of the seminaries reached resolution through the removal of the party responsible from every function and connection with the seminaries.

C. The beit din will shortly sit to clarify the complaints themselves and the implications at different levels to add financial and educational clarification of the controlling staff that are said to be customarily in place in such seminaries and the correction of that which needs to be corrected.

D. In light of what is said, there is no cause to refrain from sending girls to study and dorm in these seminaries. It can be confidently assumed that the distinguished staff does its work trustworthily and it will continue to educate Jewish daughters for Torah and purposefulness.

E. We turn to the community of school principals and parents [to advise them] not to give credence to various pronouncement by those who are either anonymous or use fictitious names. These pronouncements are motivated by intentions that are argumentative and by agendas different from those they claim.

Hat Tip to DEH for help on translation

Psak about Seminaries and Elimelech Meisels by Israeli Beit Din