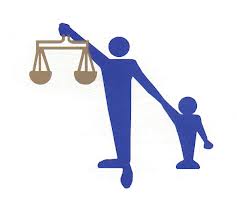 Today, August 14, 2019 is opening day of the one year window in New York State for victims of child sexual abuse to sue individuals and institutions regardless of how long ago the abuse happened. This is all thanks to the Child Victims Act passed this year by the NYS legislature and signed by Governor Cuomo.

As you follow the news today you will see major lawsuits announced against an array of institutions where abuse happened, usually because of neglectful administration or even worse, administrators who allowed known abusers to stay on staff and continue to work with children. A number of orthodox schools, camps and youth organizations will be among those who are sued.

The bill was passed in spite of over a decade of resistance by the unholy alliance of the Catholic Church, Agudath Israel of America and other groups, like the Boy Scouts. What these groups have in common are long histories of covering up sex abuse and allowing it to fester in their institutions. They also all share the trait of being cheap bums who do not want to properly admit their misconduct and properly repent by doing what they can to make the victims whole, of which one aspect is financial compensation for harm and the costs of healing.

Agudath Israel, and Rabbi Yaakov Horowitz were quite open about the crass financial motives for opposing the Child Victims Act. More devious was the claim that ancient claims are impossible to fairly defend. However, the Agudah position was not to care about the SOL lookback window applying to individual offenders. If they were really concerned about justice they would have defended the individual teachers as well. But it was always about institutional money.

Perhaps the most deceptive position on the issue came from Rabbi Zvi Gluck who celebrated the extension of the criminal statute of limitations  but wrote, “The Child Victims Act will, unfortunately, not apply to those victims who were abused prior to the new law going into effect.” This is outright false. The lookback window allows survivors of child abuse to sue (but not press criminal charges) regardless of how long ago it happened. I can only imagine he was using his cred for his work helping survivors of abuse with therapy to ward off threats to the institutions whose backing he needs including the Agudah’s Moetzet. His halachic advisor is Rabbi Elya Brudny, a member of the Moetzet

Those who are considering lawsuits should steer clear of individuals and groups who are opposed to the CVA and spread misinformation about it.

For more detailed criticism of Amudim, see Amudim is Part of the Problem by Asher Lovy

Amudim claims to refer to lawyers for clients who want to pursue legal claims. The Jewish Week tried to confirm the claim and was not able to. Amudim’s Gluck made the absurd claim that publicizing the lookback window would only demoralize victims who were not able to overcome intimidation or reticence and pursue such claims. Besides being ridiculous it lays bare the community strategy of the half-way helpers. Perpetuate a climate of meek acquiescence and then claim cultural sensitivity to timidity.

It pains me to say this at a time when there is a serious shortage of resources to help orthodox survivors of sex abuse. But it must be said. If you want help prosecuting or suing an orthodox sex abuser, stay a million miles away from Amudim. Given their mindset they will not be helpful and they might even undercut your efforts.