David Cheifetz is a resident of Teaneck, New Jersey. He is also the founder of a new non-profit organization, Mi Li – Who Is For Me, designed to educate the Jewish community about sexual abuse of children and provide support to victims and their families.

About a year ago I came forward in the pages of The Jewish Week and shared my experience as a victim of sexual abuse by a senior member of the staff at Camp Dora Golding in 1979. I also had the opportunity to address the annual conference of the Rabbinical Council of America (RCA) on the topic. In both instances and in other articles and venues, I spoke about the challenge that we face in the Orthodox community regarding a pervasive tolerance of sexual abuse of children.

This is not limited to any corner of the Orthodox community – It exists in the Modern Orthodox world just as it exists in the Ultra-Orthodox world. And while there is a growing recognition of this scourge, there has been little progress in addressing the underlying culture that tolerates abuse and excuses Orthodox pedophiles. Indeed, when someone is accused of abuse, and even found guilty of committing heinous acts of sexual abuse against minors, many communal leaders continue to bend over backwards to show Rachmunus (mercy and empathy) to the perpetrators, and little regard to the victims.

The terrible phenomenon has been highlighted once again this past week, coinciding with the scheduled sentencing of Evan Zauder. Evan Zauder, was a teacher at the Modern Orthodox day school Yeshivat Noam located in Paramus, New Jersey. Zauder also had a long history of working with Jewish youth, including as a synagogue youth director and participant in numerous youth related programs. In 2012, Zauder was arrested for possessing child pornography, and was subsequently found by the US Government to have distributed child pornography as well. He was also found to have engaged in illicit sexual relationships with underage males that involved graphic discussion, mutual masturbation, and oral sex.

Once caught, Zauder pleaded guilty to his crimes. As stated in a press release issued by the FBI on January 22, 2013,

Evan Zauder, a former sixth-grade teacher at a private school in New Jersey, pled guilty in Manhattan federal court to charges of using the Internet to entice a minor to engage in illegal sexual activity and to receipt, distribution, and possession of child pornography.

One of the minors who has been identified, Minor-1, engaged in a Skype text chat with Zauder on or about April 14, 2011, in which Zauder asked Minor-1 if he wanted to meet in person with Zauder. PSR ¶ 20. Zauder and Minor-1 met in a car in a park in New Jersey, and Zauder received oral sex from Minor-1. PSR ¶ 20. In a text chat with a third party two weeks after the encounter with Minor-1, Zauder described convincing Minor-1 to perform oral sex on him. PSR ¶ 21.”

(Note: The above public link has been inconsistently available. However, all documentation cited is available on the PACER System of the United States Courts System, Docket Number 12-CR-659)

As bad as Zauder’s crimes were, perhaps, more disturbing for the community, is that when it came to the sentencing, many Modern Orthodox leaders lined up to write personal pleas for leniency. Major figureheads, including senior leaders of Yeshiva University, were keen to support an egregious Orthodox sex offender. They include:

Rabbi Brander and Dr. Pelcovitz are designated by Yeshiva University as the point men charged with creating anti-sexual abuse policies.)

Some of these character endorsements have been largely “milquetoast” boiler plate, such as the note from Rabbi Brander. But others, like the note of Dr. Pelcovitz, go so far as to suggest an almost diagnostic note of support. Excerpts from Dr. Pelcovitz’s letter include:

…I spent most of my career treating the victims of child sexual abuse in the specialized clinical and research program that we has at the North Shore University Hospital, which was then part of the NYU School of Medicine. In light of this expertise and the qualities I saw in Evan when he was my student, I hope that this letter can provide a perspective that can help justice be tempered with mercy when Evan is sentenced.

In my interactions with Evan during and after class, what came through most, was his warmth, empathy, concern for others and genuine commitment to serve the community. In my meeting with him after his arrest he wasn’t in the least bit defensive about his actions. He expressed sincere regret and remorse, wishing that he has the strength to get professional help for his problem before they reached the disastrous proportions that brought him to your courtroom.

In over thirty year of practice, I have had the opportunity to treat many individuals with issues in the area of controlling their sexuality. As you know, the prognosis for sustained change is often guarded. In the case of Evan, however, I believe that he possesses many of the ingredients that I have come to associate with sustained change and potential to be a valuable member of society…

Note by Yerachmiel Lopin: you can see the entire Pelcovitz letter in page 21 of this sentencing document which was submitted to the court.

Other letters focus on Zauder’s character and “likeability” amongst students. The following from Rabbi Tarragin of Yeshivat HaKotel, 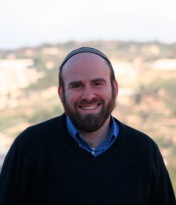 My relationship with (Zauder) continued even after he left yeshiva as he has been instrumental in helping other students grow both personally and as part of our alumni association. This Alumni Association was founded by Evan in 2007 and he has been directing the associations ever since, raising funds and running alumni events…

“Beyond Yeshivat Hakotel activities, Evan has been and major leader in a number of other student organizations line B’nei Akiva. He ran an Israel program for them last year in which he was responsible for over one hundred teenagers. Many of the teenagers and staff members he worked with have told me about how caring and responsible a leader he was…”

What is it, exactly, that makes leaders of the Orthodox community have Rachmunus on the perpetrators, but be insensitive to the needs and feelings of the victims?

However, since they do not know the victims – not in person and perhaps not even by name – there is no such empathy. They are nameless, faceless, disembodied characters who have contributed to the travails of the perpetrator. Little or no thought is given to the short and long-term impact on the mental and physical health of the victims, the fact that the victims are likely to suffer from depression, relationship problems, substance abuse, or other problems throughout their lives. The fact that the victims carry within them a lifelong time bomb that may ultimately result in severe Post Traumatic Stress Disorder. I know. I carried such a time bomb.

Would Rabbi Brander or Dr. Pelcovitz or Rabbi Pruzansky or Rabbi Schwartz or Rabbi Taragin or any of the other letter writers have written the same notes of character endorsement if they had known the victims of Evan Zauder? Would they have shown the same Rachmanus to Zauder if the child captured in the graphic pornography, or the adolescent who engaged in graphic sexual discussion via Skype, or the adolescent who performed oral sex on 27 year old Evan Zauder in a car after meeting him on the internet was a neighbor of theirs, a student, a relative, or their own child or grandchild?

What will it take for our Orthodox Community to recognize that sexual abuse of minors in our community is a plague that has long-term destructive impact on victims? When will the Orthodox leadership begin to recognize that Mitzvot Bain Adam LeChaveiro require you to consider the victims, the misfortunate, the silent and the silenced, and not just one’s friends and family and prestigious members of the community? When will these Orthodox leaders start having Rachmunus on the victims instead of on the perpetrators?

Until that time, one must question the underlying judgment and integrity of the individuals who would advocate for such abusers, and the institutions that they represent.