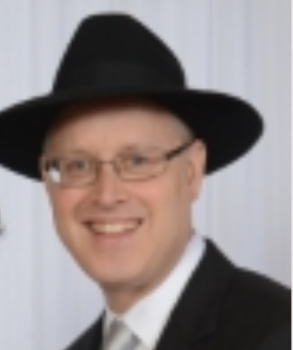 In May, the Rosenbaum Yeshiva of North Jersey announced the dismissal of long-time teacher, Rabbi Shlomo Hyman with a cryptic statement,

It was determined that Rabbi Hyman’s conduct had been neither acceptable nor consistent with how a rebbe in our Yeshiva should interact with students.

Congregation Ahavath Torah of Englewood was left in the lurch since they privately found out about the RYNJ’s investigation in February and had had him on leave  from his position as their Youth Rabbi but were left in the dark about the allegations or final findings. So they continued the suspension and conducted their own private investigation, in some cases talking to the same witnesses who spoke to RYNJ’s investigators. Eventually Hyman’s leave turned into his departure. Whether this was by resignation or firing is not known to me. But they finally removed his profile and listing from his website. He is now completely gone from their website.

Initially there was quite a furor in Bergen County with a number of locals absolutely defending Hyman and Hyman claiming he was going to sue. There was talk of his getting pro bono representation. In part that was fueled by support he was getting in back channels from OU-Koshers’ CEO, Rabbi Menachem Genack, a resident of Englewood and a rabbi of a small shul right up the block from Ahavath Torah. That seems to have died down. Hyman had threatened lawsuits over his dismissal.  A factor in these developments may have been Alan Fagin, Exec VP of the OU privately sharing his conclusion with others that there was more than one credible allegation of sexual misconduct against Hyman.

So the story ends as it started with Hyman out of work with no specific enough explanation and no more talk of lawsuits. The key institutions were more busy minimizing their legal and reputational risks than with providing a clear enough explanation to get support for their decision or to unambiguously put to rest the question of whether Hyman should ever work with children again.

Who knows, maybe he will find future kiddie work with his brother, (Sholom/Simon)’s party entertainment specialty as Simon Says. Personally I will trust the decision of RYNJ and Ahavath Torah.

33 thoughts on “Shlomo Hyman Disappears from Ahavath Torah, Not with a Bang but a Whimper”