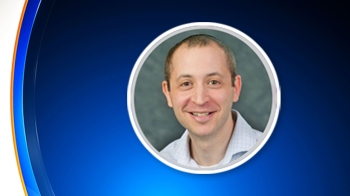 UPDATE- 11/13/19- Jewish Week published a story confirming some of my suspicions that he was also doing his thing while at Netiv Aryeh. https://jewishweek.timesofisrael.com/alleged-predators-former-students-saw-a-pattern/

As the saying goes, “Success has a thousand fathers but failure is an orphan.” That goes doubly when the institutional failure involves hiring a child pornographer as a religious educator. SAR and the Yeshiva of Flatbush have issued the usual statements about not having a clue about his years of using fake online identities as a teen girl to try and engage their students, and in at least one case, succeeding in getting a boy to send a nude pic.

The latest entrant is “tough love” Rabbi Aharon Bina’s gap year yeshiva, Netiv Aryeh. For starters, readers should know that tough love in his case is a misnomer for brutal control employed against students considered incorregible by their parents. In the interests of space I refer readers to “Has The ‘Tough Love’ Rebbe Gone Too Far?” published in the NY Jewish Week (2012) by Yedidya Gorsetman and Gary Rosenblatt. There is also a website devoted to reports of his abuse. Bina has his defenders, including some of his “reformed” students who swear by him with all the passion of cult inductees.

Back in 2009, around this time of the year, the Netiv Aryeh newsletter (YNA Newsletter – Parshat Nitzavim-Vayelech, p2) proudly reported, END_OF_DOCUMENT_TOKEN_TO_BE_REPLACED