The case of alleged child molester Malka Leifer fully exposes how the Haredi community in Australia protected a school principal who molester her female students. It also exposes how Israel repeatedly fails to respond to extradition requests.

END_OF_DOCUMENT_TOKEN_TO_BE_REPLACED 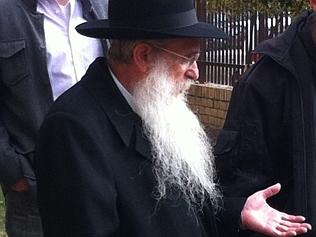 The Age (Victoria, Australia) reports today (9/22/14) on an a petition drive organized by Jews for Justice for Yeshivah’s Victims calling for the resignation of Rabbi Avrohom Glick and Yeshivah Centre chairman Don Wolf. According to the article:

Rabbi Glick was the principal of Yeshivah College from 1986 to 2007.

In a witness statement Rabbi Glick said he had only recently become aware of accusations that Cyprys had molested children. But in 2012 he changed his evidence under oath END_OF_DOCUMENT_TOKEN_TO_BE_REPLACED

According to the Herald Sun of Australia, David Samuel Cyprys was accused of assaulting a teenager in jail while serving his prison sentence for assaulting nine Jewish children. Incredibly, after he was convicted of child sexual abuse in 1991, he was allowed to continue working at the Chabad-dominated Yeshiva College of Melbourne where he preyed on children for another two decades.

I am willing to bet many parents complained and were given any of these standard lines to assure them this would not happen again: END_OF_DOCUMENT_TOKEN_TO_BE_REPLACED

END_OF_DOCUMENT_TOKEN_TO_BE_REPLACED 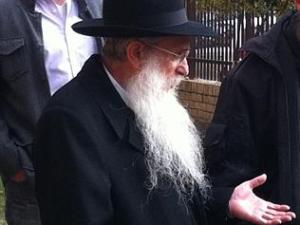 This morning’s Herald Sun (Melbourne, Australia) reports that Rabbi Abraham Glick is being interviewed by police on charges that he repeatedly raped a boy on the lectern of a synagogue back in the 1980s. Not surprisingly, Glick helped obstruct investigations into abuse by David Kramer, who was since convicted. After all these years, Yeshiva College finally had him resign.

Tzedek (Australia) issued a statement reporting the questioning and explaining its role:

When the victim first approached Tzedek several months ago we provided the required support and advice, including accompanying the brave victim to make a formal police statement. It is not Tzedek’s role to investigate allegations of child sexual abuse… In this context, Tzedek’s sole role is to acknowledge what the victim informs us and provide whatever support or advice that is sought.

It is important to appreciate that a victim advocacy group is not and cannot be an investigative agency. It lacks the legal powers and can in fact muddy a police case and make it harder to prosecute. Closer to home, the same point was made by Rabbi Avrohom Stulberger, the principal of Valley Torah High School a Chofetz Chaim school in North Hollywood, California. In a speech to educators, (posted by Jewish Community Watch) he spoke of the crime of letting a molester move on to another job in another community. He also made it clear that only the police are competent to properly investigate allegations of abuse.