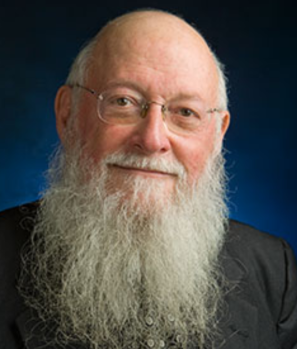 Rabbi Daniel Greer is serving a 20-year sentence in a Connecticut prison for repeatedly raping a boy in his Yeshiva of New Haven. Rabbi J David Bleich is a prominent YU Rosh Yeshiva. Starting no later than 2013 (according to IRS 990 forms) and continuing to January 2020 he has been listed as an officer of the Yeshiva of New Haven in the role of a Director. This is a scandal. END_OF_DOCUMENT_TOKEN_TO_BE_REPLACED 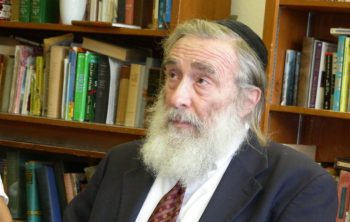 As I reported, Rabbi Daniel Greer of New Haven was arrested yesterday on criminal charges of sexually molesting Eliyahu Mirlis (who chooses to have his name revealed).

Mirlis already won a $20,000,000 verdict in a civil trial. Yep, you read that amount right. But according to Mirlis’ lawyer,

One of my client’s goals in bringing Greer’s abuse to light was to get this pedophile off the streets and far away from other people’s children,..Sexual predators — especially this so-called ‘rabbi’ and others who twist spiritual beliefs for their own sick pleasure — deserve to suffer all available civil and criminal penalties.

Mirlis said that the abuse began during his sophomore year, when he was about 14 years old. Greer told him to meet on the first floor of 777 Elm St., one of the dormitories next to the yeshiva. The rabbi allegedly served him alcohol (usually a bloody mary, single-malt scotch or wine) and sat him down on a couch, engaged in an emotional conversation, then leaned in and kissed him on the mouth. Mirlis “freaked out,” he told the cops, and left.

A week or two later, Greer told him to come to the same spot. Again, he served him alcohol and sat him down on the couch, Mirlis claimed. Greer then allegedly told Mirlis to stand, undid the boy’s belt, pulled his pants down to his ankles and had oral sex.

Mirlis told the detectives that the sexual assaults became a “regular thing” after that. On a weekly basis, usually on a weekday evening or a Sunday afternoon, he was sexually assaulted at the dorms and at rental properties on Norton Street, Edgewood Avenue, Maple Street and Park Street, Mirlis stated in the interview.

Mirlis said his grades suffered when he refused to meet with Greer. (At the civil trial, the defense attorneys pointed out that his final report cards had all A’s and B’s.) Mirlis also said that Greer, who then acted as the school’s dean, would yell at him in the yeshiva’s hallways and threaten him with expulsion. From the teenager’s perspective, the sexual abuse seemed like “a game” to the rabbi.

Mirlis was sexually assaulted so often that the encounters started to blur together, he added. Mirlis remembered, once, Greer lay naked on top of him in the “69” position; on another occasion, he added, Greer would “get in the doggy position,” hand the teen KY Jelly lube and be penetrated anally. Mirlis told Greer he “didn’t like it” when he was penetrated, but that also allegedly continued anyway.

They didn’t wear condoms, Mirlis told cops. He maintained that, on various encounters, he ejaculated inside Greer’s anus and mouth and on his stomach; after oral sex, Greer would ejaculate on his chest.

The final sexual assault was in June 2005, shortly after he graduated from the Yeshiva, Mirlis told the detectives.

Defenders of abusers regularly claim that police arrest perpetrators on the basis of made up stories. That is not true. They take many precautions in their investigations to confirm the allegations by seeing if the story is consistent and details can be verified. In the Greer investigation they got a detailed description of Greer’s body and behavior and confirmed it during a physical examination of Greer. According to the New Haven Independent: END_OF_DOCUMENT_TOKEN_TO_BE_REPLACED

Rabbi Daniel Greer was arrested today (7/26/17) in New Haven, CT on charges of sexually assaulting Eliyahu Mirlis, a student in his yeshiva, around 13 years ago. Mirlis recently won a twenty million dollar judgement against Greer in a civil trial. END_OF_DOCUMENT_TOKEN_TO_BE_REPLACED

A lawsuit filed Tuesday accuses Rabbi Daniel Greer —  who revived a declining neighborhood and has publicly crusaded against gay rights, prostitution, and coed university dorms   —  of repeatedly raping and molesting students at his yeshiva at Elm and Norton streets.

Greer, through his attorney, denied the allegations.

An attorney for Eliyahu Mirlis, the alleged victim, filed the lawsuit in U.S. District Court in New Haven.

The suit names Greer and the two schools he founded and runs   —  the Gan School, a mixed-gender elementary school; and the Yeshiva of New Haven, a boarding high school for boys   —  as defendants.

The case has already started fraying a tight-knit religious family community centered around the yeshiva, in the former Roger Sherman School building at 765 Elm St. Through a series of corporations, Greer and his family bought, renovated, and have since rented out some four dozen multi-family homes on surrounding blocks, many of them notable for their eight-foot-high stockade fences. Passionate minyanim, or prayer services, occur daily in the morning and evening on the second floor of the school, which has doubled as a small neighborhood synagogue.

Enrollment at the yeshiva dwindled to close to zero in recent months as word about the allegations spread through the Orthodox Jewish community. Officials resigned from the boards of the schools and the real estate corporations.